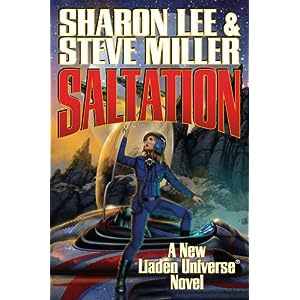 Several years ago I was reading a book review; I don’t remember where or what book was being reviewed. I  just remember that the reviewer said that she (I do remember it was a she) rarely reads series fiction.  I thought that was odd, but because I had never thought of books that were written as a series being a category and the fact that you would exclude a type of books because there were more than one.

The longer I thought about it the more I understood.  Series require a lot of investment.  You both have to read a number of books to get to the end.  And quite often the series is drawn out over years if not decades.  (I still have refused to read the fifth book in the Game of Throne series because I am pissed that it took so long for George RR Martin to get around to writing it.)

At the same time, Series fiction has its own benefit.  The reader is able to connect with characters over thousands of pages instead of hundreds.  Usually that means a more well rounded character and a longer character arc to the story.  It may mean a more fleshed out setting than would be possible in a stand alone novel.

But for several reasons, Series fiction tends to also be genre fiction.  So Science Fiction, Fantasy, Westerns, Mystery, Spy Novels, some types of Historical Fiction, and Children’s books are all commonly series fiction.  Contemporary of Literary Fiction novels that are not one of the above are rarely more than stand alone or maybe a trilogy.

A couple weeks ago I noticed that all of the Liaden novels had made it onto audiobook at Audible.com.  This is a series of books that I found at Baen, a science fiction/fantasy publisher, around 5 years ago.  Steve Miller and Sharon Lee signed to Baen and Baen was re-issuing all of their books.  All of the Liaden books to that point were being released in two omnibus volumes, which I picked up for $4 each.  Suddenly I had over a dozen novels for less than the price of one paperback.

I read pretty much all of those books over the next year and then moved on to all of the Miles Vorkosigan series and then the Honor Harrington series.  Between the three series (not to mention the half dozen series that I had read from Baen prior to that) I read thousands of pages of science fiction and fantasy over a four or five year period.  Science Fiction and Fantasy were my preferred genre in high school.  And I had really step away from them for about 10 years.

Audible’s release of Liaden made me look back and see what had  been released since I last looked.  Fledgling, was the start of a new thread of the Liaden series that I read in an advance copy in 2009-2010.  Since then four more books have been released.

All of this is to say, I picked up Saltation the next book I had not read last week.  I finished it yesterday and bought the next book this morning.

The current thread starting with Fledgling concerns a teen girl that has never fit into her family or world.  Her mother is academic on a world made up almost entirely of academics.  Her father is also an academic, but an odd one.  Theo is continually in trouble, accident prone, smart but has problems with some simple things and in general in that awkward phase.  Eventually to prevent Theo from being drugged and made to conform to the wishes of society, Theo’s mother takes her on a research trip where Theo discovers that there is more to the universe than the culture of her world.  She meets pilots and Liadens and realizes that she is not abnormal, she is just not like the people of her world, she more like Liadens (eventually she learns that her father is also Liaden.)

By the end of the book she has decided to leave her world and study to be a pilot. (Which in the Liaden series is the great possible vocation that only the very best people can obtain.)

Saltation starts as Theo begins the pilot academy.  At first I was a bit bored and thinking that about that review that looked down on Series fiction.  But by the end I realized that there are benefits of series fiction and this book was a prime example.

The Liaden world is unlike many series.  Most series progress in a linear fashion and each book leads to the next.  In Liaden world there are at least three different threads and several stand alone novels that fill in culture and back story but not necessarily go in order.  There are books that talk about the founding Liad, modern Liad and over the series thousands of years are covered.

In Saltation, I started to see at least three of the thread come together in a completely unexpected way.  So I am looking forward to reading the next book.  The biggest problem is that it has been years since I started so I am having a hard time remembering all the characters and story lines.  (And I am not going to go back and read a dozen novels to bring me back up to speed.

Bookwi.se Note: Baen has a ton of free books that are multiformat ebooks.  That means that if you buy a book you get access to any ebook format that can be read on virtually any ebook reader.  As a policy Baen does not sell ebooks at Amazon or other ebook retailers but only on their own Webscription site.  Baen has always been DRM free and was a very early promoter ‘if you give it away people will read’ model.  I have spent hundreds of dollars at Baen, but I also have read well over a hundred books from.