Unfashionable is not the book I thought I was getting.  And that is a good thing.  I picked it up in audiobook because it was just $6.36 at Audible.  I thought it would be ok.  What I had heard about it (which wasn’t much, I read an interview on Christianity Today with Tullian Tchividjian and followed the drama at his church last fall) made me think it was primarily a worldview book along the lines of Chuck Colson.

But it only took me a half page into Tim Keller’s introduction to realize I was wrong.  Keller started with the somewhat tongue in cheek characterization of Evangelicals.  He said that traditionally Evangelicals have thought that the world will be destroyed and since souls are the only thing that will survive that Evangelicals have tried to save as many souls as possible and have not paid attention to the rest.  But over the last generation that has changed as culture has moved further from Christianity.  Honestly, that is probably how some people do think of their faith.  That is not how Tchividjian thinks.

One of the issues that this book brings up is the type of universal experience that many Christians want to place on other Christians.  Tchividjian has a clear conversion story.  And I think that story drives much of his ministry.  That is great, it give directions and creadibility.  But there are others that are not going to be attracted or reached by the type of ministry that Tchividjian is talking about.  That is why we have different types of churches and why the Holy Spirit tells one group to work on one type of ministry and other Christians to work on another type of ministry. 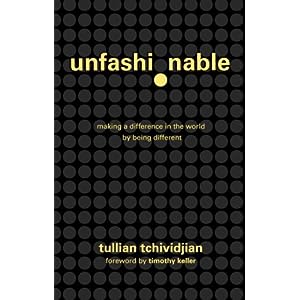 I had a lot of “Yes, but…” moments.  It is not really that I disagree with a lot (although there was some).  The problem is that in making his point, Tchividjian does not alway take the best of the thoughts of his opponents.  For example he spends a lot of time talking about the problems of chasing culture.  I totally agree that the Christian world will never be at the crest of culture.  We will always be on the backend and always a bit late.  But Tchividjian then makes the leap that what we are doing is trying to be as cool as culture.  Yes, there are some that are guilty of that.  But there are others that are trying to be as close to the front of culture as possible to remove as much of the cultural baggage as possible to the message of the gospel.  Yes, I agree that there are some issues with that method.  But what Tchividjian seems to attack are not the best attempts of the method, but the stragglers that do not really understand what they are doing.  Tchividjian will be charged by some as just trying to avoid culture or focus on tribalism.  That is not fair to Tchividjian attempts, which are much higher than that.

One of the points that I think that Tchividjian is exactly right on I am going to rework.  We understand from economics that there is a cost for everything.  There is either the cost of the activity or the opportunity cost of not doing the activity.  We as Christians will never be able to complete on a level field with those that are not Christians.  Yes, we get benefit from our faith.  But we also invest in that faith.  We go to church, probably a small group, read scripture, pray, etc.  Making an arbitrary figure, say the average Christian spends 8 hours a week doing Christian activities.  That means that we must give something up.  Too many Christians have not learned the lesson of the modern Feminist, that one person really cannot do it all.  We cannot work 60 hours a week, be a good spouse and parent, witness to our neighbors, a church leader, and at the same time, work out at the gym, stay on top of a bunch of tv, blogs, movies, books, music, etc.  Something has to give.  Tchividjian is suggesting that it is more important to focus on being Christian than staying on the forefront of culture.  I totally agree with this.  I made the commitment to myself to read three books a week and post about it.  In result, I have dropped all my podcasts, a good bit of my rss reader, a lot of TV, I haven’t been to the gym regularly in months, etc.  We cannot do it all.

Overall, I think this is an important work.  It not necessarily completely original.  But it is concise and readable.  And in the end for all that I disagree in some of the descriptions of why he suggests we do what we do as a church, when he gives illustrations of how that works out in reality, I agree almost every time.  He main point is that a working unified, different church is the most effective means of sharing the gospel, and I have nothing to disagree about that point.

On Friday I will have a second post about Tchividjian’s use of Scripture and Truth.  Some of it is great, some of it I take issues with, but working through the ideas is worth the time.

Tweets that mention Unfashionable by Tullian Tchividjian Part 1 | Mr Shields: I'm a reader not a fighter -- Topsy.comMarch 31, 2010 at 6:35 am

[…] This post was mentioned on Twitter by Adam Shields. Adam Shields said: Tullian Tchividjian says that Christians need to be more "Unfashionable". Good book to challenge how we live. http://bit.ly/9qHlHM […]

Loading...
Unfashionable by Tullian Tchividjian Part 2 (Scripture and Truth) | Mr Shields: I'm a reader not a fighterOctober 26, 2010 at 4:15 pm

[…] Wednesday Unfashionable was introduced.  Today I am pulling out one particular issue that I think is import. (Part one of review) […]