I am not at the end of my exploration of scripture and how we should be understanding and using it in our modern world.  But I think that I have a better handle on how to proceed.  These are very challenging books and I would encourage you to read them in a group because we are all necessarily limited and need the prompting of others to help us work through out scripture issues.  If you want to explore scripture and how we should think about it, I would read these books in this order as a way to get started, Scripture and The Authority of God, The Lost World of Genesis One, Incarnation and Inspiration and then The Bible Made Impossible.  Each have different issues and come at scripture in different ways.  But taken as a whole are a good introduction.

Scripture and The Authority of God is a reworking of a 2005 book, The Last Word and I think is the most accessible and best book of Wright’s that I have read.  The basic thesis of this book is that the authority of scripture is completely dependent on the authority of God.  So there is no separate authority of scripture apart from God.  This seems fairly uncontroversial, but it is important.  Overall, this is a book that I think that many should read.  It moves far beyond the discussion of ‘literal reading’ of scripture or how we should talk about inspiration.  And it does it in a way that is patient and graceful to all sides.

The Lost World of Genesis One: Ancient Cosmology and the Origins Debate by John Walton

The bible is understandable, but that does not mean that every Christian can intuitively under the whole of scripture.  Scripture requires study to understand.  Walton has done the church a service by researching not only the original languages but the documents and culture of Ancient Near East (including Israel) and giving context to the scripture.

According to Walton, the most literal reading is not the meaning of the English words to listeners in 21st Century United States, but the understanding that the original writer intended and the one that the early readers would have understood in their historical and cultural context.  That type of understanding of ‘literal meaning’ takes significant research, time and understanding.

Inspiration and Incarnation: Evangelicals and the Problem of the Old Testament by Peter Enns

The basic metaphor of this book is that scripture, in a similar way to Jesus Christ, is both divine and human.  This metaphor breaks down occasionally in the book, but I think it is still useful.  The book is mixed in its success, but I think it is well worth reading.  I was more frustrated than energized by the book, but it was a book I needed to read.  There was also a book length response to this book that was reviewed by Bookwi.se, The Erosion of Inerrncy in Evangelicalism by GK Beale. I consider it a bit of a hack job because it does not really deal with Enns arguments as much as complain about minor issues.

The Bible Made Impossible: Why Biblicism Is Not a Truly Evangelical Reading of Scripture by Christian Smith

Christian Smith has a provocative thesis.  Essentially he says that in the attempt to hold scripture against the modernists, many Evangelicals have become “Biblicists” and have placed on the bible a role that Smith believes is inappropriate.  Some biblicists have replaced the Holy Spirit with the Bible as the third member of the trinity.  Some Biblicists use the bible as a rule book or instruction guide and attempt to force a single view of theology on it.  Others try to reconcile all of the issues within scripture and create a bible that was written primarily for the 21st century understanding of history, science and theology.

Historical Theology: An Introduction to Christian Doctrine by Gregg Allison

There are seven different chapters on this history of understanding of scripture.  These topics include the Canon, Interpretation, Authority, Inerrancy, Clarity, Sufficiency and Interpretation of scripture.  Obviously this is a huge topic to cover and I have read half a dozen books on scripture this year and none of them have attempted to cover as much material in less than 200 pages.

The Bible: A Very Short Introduction by John Riches

Overall, I was disappointed in the editorial focus of this book.  If you have a short introduction to the bible, I think that it should probably focus about what it in the bible, how it was written and how the cannon was formed as its primary focus.  In a book that is only 168 pages, only around 50-60 were really about what I think should be the primary focus.  The rest of the book was actually probably better written and more engaging, but really should not have been the focus of a book that is supposed to introduce the bible.

Whose Bible Is It?: A Short History of the Scriptures by Jaroslav Pelikan

The first part of the book talks about the formation of the Christian and Jewish canon of scripture and how and why the Protestant, Catholic and Jewish bibles are different.  Mostly this is a historical survey but it does not dive as deeply as some might like, but probably more deeply than many will read.

The biggest problem is that Pelikan’s language can be a bit obtuse and it he wanders down some paths that I think he should have skipped if he wants to have a popular focus, but not deeply enough down others if he wanted a more academic focus.

The Origin of the Bible edited by Philip Comfort

I just did not get into this book.  I was looking for a traditional defense of the theology of scripture.  This book does that, but I was unconvinced.  I am convinced that scripture is important and that we as Christians need to be seeped in it.  But I think debate over the term inerrency is missing the point.  NT Wright’s book on scripture was right, scripture has authority because God has authority, and it is his word.  This book also seems to embrace several of the issues that Christian Smith was writing about when he described ‘Biblicists’. 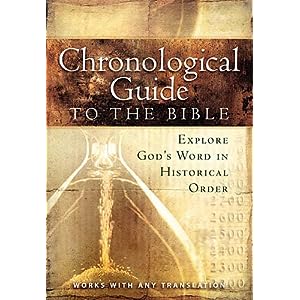 I am not a fan of this book.  I am pleased that throughout the book the authors repeatedly made the point that the bible was not history.  But the concept of bible as history is repeated even more.  The introduction has a very good background on why different decisions were made about the order.  But the summary on much of the decisions was that we have an educated idea, but then we have to guess.

My second concern is with the way this particular book is put together.  It is a very ADD format.  It is full color and is put together like a fancy magazine.  There are many, many short little articles to give background and history to the scripture that should be read along with the scripture.  I did not read along with scripture and my guess is that most others will not either.